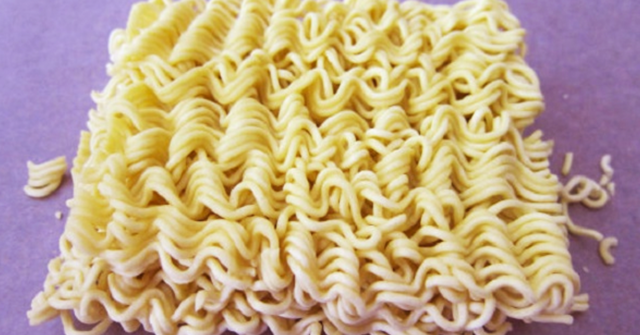 Instant noodles are one of the world’s most popular and widely consumed foods. A whopping 95 billion servings of instant noodles is estimated to be eaten by people around the world EACH YEAR! That’s a number too big for the average person to wrap around.

But when you think about it, it really makes sense why there is so much demand for them world around. They are inexpensive, easy to “cook”, last forever without spoiling, and let’s face it: they are bloody delicious! They are basically the saviour of many a college student and a bachelor who is living away from home.

But then comes the dark side of these delicious little twisty strands of carbohydrates. While they provide a quick fix for hunger, they aren’t exactly healthy or nutritious. They contain high levels of carbohydrates and unhealthy saturated fats, while being low in protein, fiber, vitamins and minerals.

If that made you feel disappointed, unfortunately, there’s even worse news…

Instant noodles contain TBHQ or Tertiary-butyl hydroquinone, which is a byproduct of the petroleum industry that is often used as a food additive and preservative in cheap, processed foods. TBHQ has been accused of increasing the rise of cardiovascular diseases and strokes/heart attacks.

Furthermore, an experiment conducted by the Harvard School for Public Health revealed the impacts of consuming instant noodles regularly. People who did have instant noodles in their regular diet were found to have an increased risk of developing “metabolic syndrome” than those who didn’t, regardless of the similarities or differences in lifestyle, exercise, and an otherwise balanced diet.

The co-author of the study, Dr. Hyun Shin, also had this to say, though:

“That doesn’t mean that every single person is going to respond the same way, but the piece to keep in mind is that it’s not a healthy product, and it is a processed food.”

In June of 2012, six brands of noodles made by Nong Shim were found out by the KFDA (Korea Food and Drug Administration) to have a cancer-causing component known as Benzopyrene in their products.

10 Signs You Have Mold Illness and What You Need to Know
This Is What Losing 150 Pounds REALLY Looks Like, #NoFilter
To Top