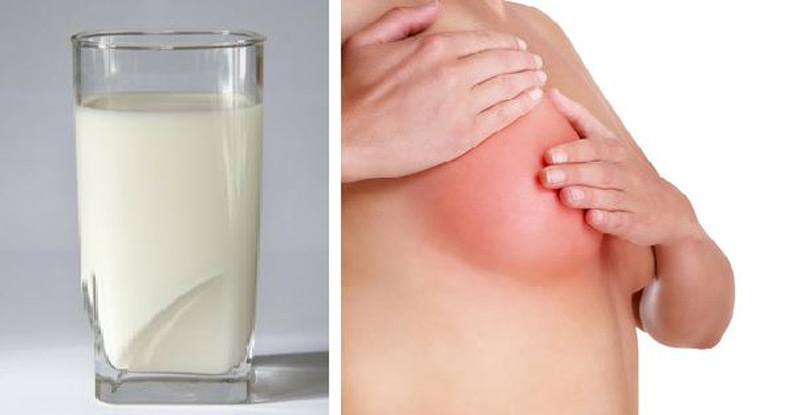 In fact, there is nothing new to say that breast cancer is in expansion. Judging by everything, the milk is really responsible for the increased risk of breast cancer. Formerly it was believed that milk only accelerates the development of existing cancer, but this time the Norwegian scientists argue that it is precisely the principal cause of its occurrence.

Most cases of breast cancer can be found in Finland, Sweden, Britain, Canada and the United States. It is in these countries that the consumption of milk takes top position. The Norwegian study found that women who drink three glasses of milk a day, even twice, increase the risk of breast cancer compared to individuals who drink half a cup or less.

On the other hand, breast cancer is exceptionally rarely present or does not exist in cultures where milk of animal origin is used.

It is known that hormones and growth factors in milk have carcinogenic potential, but it just proved for synthetic supplements of vitamin D, which they often “enriched” milk and other products. Patients, on average, consume two times more synthetic vitamin D than others.

But the story of the main causes for the appearance of breast cancer does not end here.

The number of cases is growing with the increase in consumption of pastries, sugar and some types of meat (especially pork), and the decline in the consumption of raw vegetables and fish.

Bras, especially tight, however multiply the risk. Women who everyday wear a bra at least 12 hours, increase the risk by more than 20 percent (compared to those who use moderate, rarely or never), especially if the bras which contain metal or plastic elements.