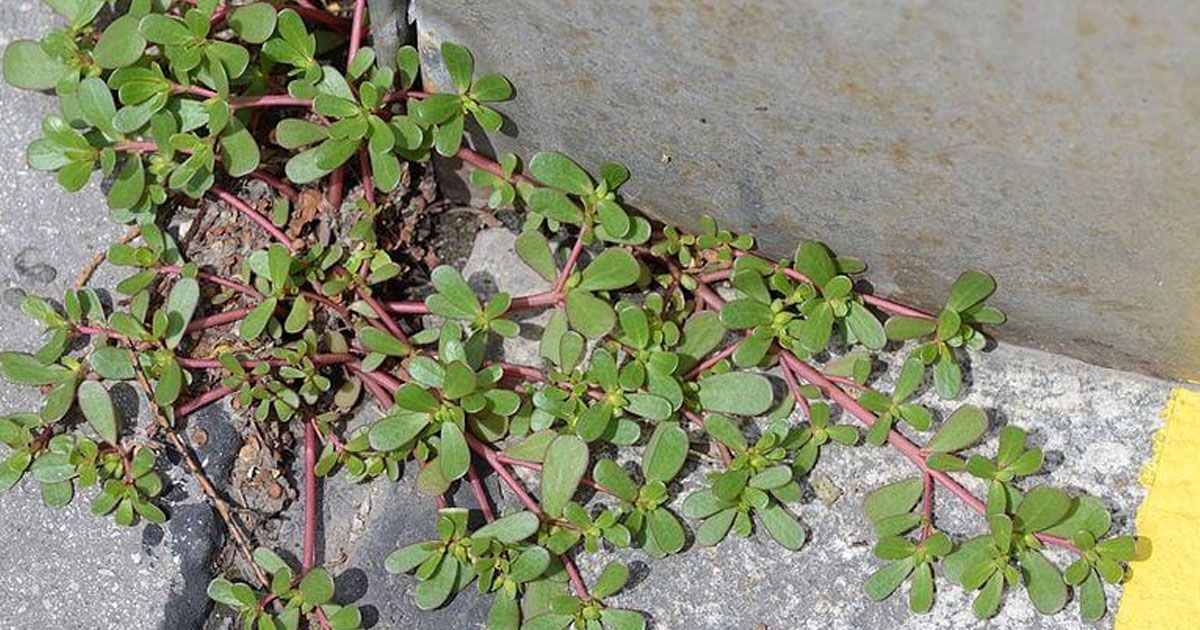 Advertisements
The weed in the photo is called purslane. Lucky for you, purslane grows like crazy. It tastes good and is good for you. Here are 10 of the best health benefits of purslane:
1. Omega-3 fatty acids. You thought you could only get omega-3s through salmon and flaxseeds. You’ll be delighted to know that according to Mother Earth Living, the omega-3 fatty acids in purslane function as fuel for the brain, a preventative for heart attack and a treatment for depression.
2. Antioxidants. Mother Earth Living says the plant is chock-full of antioxidants, which delay cell damage and slow aging.
Advertisements
3. Calcium and magnesium. Eat purslane to maintain healthy bones, teeth and muscles.
Read on: 12 signs you need more magnesium
4. Potassium. Add purslane to your daily diet, because the potassium in the leaves helps keep your blood pressure in check.
5. Iron. Most people think they can only get iron from red meat and beans. But according to Heal With Food, purslane is also a good source of iron.
6. Beta-carotene. You might not think purslane is a rich source of beta carotene, given its green color, but according to the Chicago Tribune, this is one of the plant’s greatest advantages.
7. Hydration. Progressive Health reports that purslane is 93 percent water. Eat the plant to refuel dehydrated cells.
8. Glutathione and melatonin. Purslane contains glutathione, an antioxidant that helps protect cells from damage, and melatonin, which regulates sleep-wake circles, according to Progressive Health.
9. Betalain. Progressive Health says purslane contains betalain, an antioxidant that prevents cholesterol from damaging blood vessels. This is why purslane is known to have a positive effect on LDL cholesterol levels.
10. Tryptophan. Purslane contains this important amino acid that regulates mood. Progressive Health says eating purslane can fight depression.
Do you eat purslane? Tell us when you SHARE this article on social media!
RESOURCES MOTHER EARTH LIVING, HEAL WITH FOOD, PROGRESSIVE HEALTH, AND CHICAGO TRIBUNE